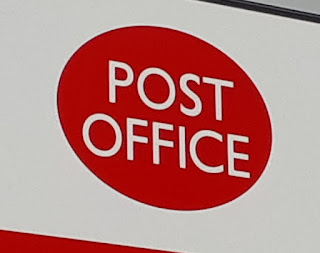 Here's something to get you in the mood for Monday.

On Thu 14 Feb I attended a pre-Trial conference at the High Court's Rolls Building (read my immediate notes here). This was essentially an administrative affair, save for an application by the Post Office to disregard the evidence of Ian Henderson, a director of Second Sight.

Ian Henderson was actively involved in the mediation scheme. He regularly took Second Sight's place on the Working Group (chaired by the former Appeal Court judge Sir Anthony Hooper) alongside the Post Office and the JFSA.

In 2015 he gave evidence to the parliamentary select committee inquiry into the Horizon mediation scheme whilst sitting next to Paula Vennells and Angela van den Bogerd (that is very much a transcript worth reading), and he gave Panorama an interview, also in 2015.

The Post Office's argument was that, in effect, Mr Henderson's evidence was too expert, and the judge should not set too much store by it as Mr Henderson clearly knew exactly what he was talking about.

If this seems like a nonsense, read the transcript below. In defence of the Post Office, there is a CPR (Civil Procedure Rule) which specifically bans more than one expert witness being used by each party (CPR 35.1, specific paragraph fans).

You may remember the short shrift Mr Justice Fraser gave the Post Office during their attempt to strike out vast amounts of witness evidence in the first trial. You can read that ruling here (it is highly entertaining), but here are a few choice quotes from the judge at the time:


"The application by the defendant to strike out this evidence appears to be an attempt to hollow out the Lead Claimants' case to the very barest of bones (to mix metaphors), if not beyond, and to keep evidence with which the defendant does not agree from being aired at all."


"When one considers the purpose of this Group Litigation, attempting to strike out such evidence now on the grounds of lack of relevance at this stage of the proceedings to the Common Issues seems to me to be rather puzzling. Mr Green QC [JFSA counsel]... submitted in his written skeleton that the application "appears to be an attempt by Post Office to secure an advantage at the Common Issues Trial by selectively tailoring the evidence which the Court is to consider." I accept that submission too; the application certainly gives that appearance."


"I [...] suspect that in the background to this application the defendant is simply attempting to restrict evidence for public relations reasons.... Whether this “generates adverse publicity” for the defendant is not a concern of the court, as long as the evidence is properly admissible... which I have found it is. The court is not a marketing or PR department for any litigant, and the principle of open justice is an important one."

As you may have already concluded, the strike-out application didn't get very far.

So when it came to the attempt to have Mr Henderson's evidence disregarded the Post Office was at considerable pains to tell the judge this was not a strikeout application. In the words of the Post Office barrister, Tony de Garr Robinson:


"my Lord, the issue that arises in relation to Mr. Henderson is really extraordinary. Before I embark on my submissions I would like to be clear about what Post Office is not doing. Post Office is not seeking to exclude all his evidence. It just wants to limit his evidence to proper facts which can be properly dealt with within the confines of this time constrained trial. I am not saying that he cannot be called. Bearing in mind that your Lordship, I am sure, will be aware, bearing in mind what happened in the last strike out application, I cannot tell your Lordship how anxious and reluctant my clients are to be even addressing your Lordship on this question but they feel they have no choice."

Mr de Garr Robinson goes on to make a lot of (I thought pretty strong) arguments about why Mr Henderson's evidence should, if not be struck out, given very little credence by the court. The Post Office barrister held forth for some time, punctuated by some moments of humour provide by the judge:


"MR. de GARR ROBINSON: ...my learned friend says in his skeleton argument that does not apply in this case because of the Multiplex litigation, which I am sure is a case your Lordship is more familiar with than me, that huge piece of litigation that rumbled on for many years about the Wembley Stadium. My learned friend relies on....
MR. JUSTICE FRASER: I even know the number of different pieces of steel because someone told me that.
MR. de GARR ROBINSON: I was going to ask your Lordship whether you needed me to take you to ...
MR. JUSTICE FRASER: I really do not."

Mr Green, the claimants' QC, then stood up and pointed out the Post Office had a bunch of people who were witnesses and experts and who could therefore be described as expert witnesses giving evidence for them, employing the deathless phrase "what is good for the goose is apparently not good for the gander."

Mr Justice Fraser agreed. Mr Henderson will be heard in court during the forthcoming Horizon trial.

There is loads in the transcript worth reading. I much prefer them to wading through legal documents as people are forced to communicate in a way that makes sense to the ear. And they can be challenged on their arguments, which is what happens below.

Right at the very bottom I get a mention from the judge by name, which, as I said at the time, woke me up bit. It means I will get daily unperfected transcripts of proceedings (usually between 6 and 8pm on the day they are created) which I will attempt to post up the same evening as the trial is progressing.