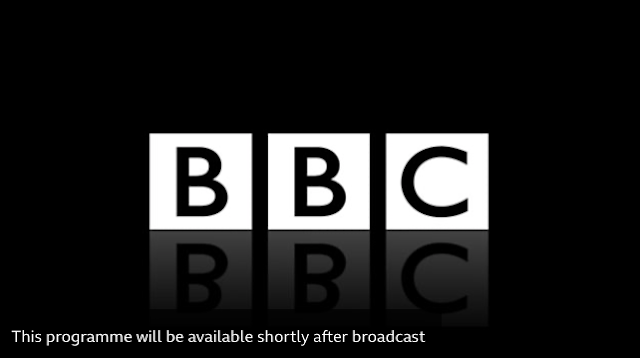 Here's the relevant link to the BBC website where the episodes will appear after broadcast for your listening "pleasure".

It's quite difficult making a landmark Radio 4 series under lockdown. I hope you will think we have gone somewhere towards doing the subject justice.

I would be most grateful if you could spread the word. It would be very special if this story reached the number of people it deserves.
at May 12, 2020
Email ThisBlogThis!Share to TwitterShare to FacebookShare to Pinterest

That Lord Gnome is a public-spirited proprietor after all. He has made the Private Eye Special Report, "Justice Lost in the Post" available for you to download here as a free pdf!

Profound thanks to Eye staffer Richard Brooks who was first among equals on this project. I've been working with Richard on the Post Office story since 2011 and his nose for the telling detail and killer fact is second to none. It would be less than half the piece it is without him and the brilliant designers who made it look so good on the page.

I am deeply grateful to everyone who supplied information to me for the piece, especially those who told their own, very painful stories. "Enjoy".
at May 12, 2020
Email ThisBlogThis!Share to TwitterShare to FacebookShare to Pinterest

Chances of inquiry into the Post Office Horizon scandal diminishing

The coronavirus outbreak has been useful to the government and the Post Office in taking the heat out of demands for a public inquiry into the Horizon scandal. The campaign to secure a proper investigation into what has been going on over the last 20 years reached a high point during Prime Minister's Questions on 26 February 2020, when Boris Johnson told Kate Osbourne MP he was:


"indeed aware of the scandal to which the hon. Lady alludes and the disaster that has befallen many Post Office workers—I have met some of them myself. I am happy to commit to getting to the bottom of the matter in the way that she recommends."

Since then there have been odd noises. One former Subpostmaster wrote to the Cabinet Office and received an interesting missive from the chief executive of the civil service, Sir John Manzoni.


"Since you sent your letter the Prime Minister has announced a public inquiry into the Post Office and Horizon, and the House of Commons’ Business, Energy and Industrial Strategy (BEIS) Select Committee has been looking into this matter also. We must now allow those inquiries to take their course."

That letter was dated 4 April. Unfortunately since 10 March, the BEIS select committee inquiry website wears all the hallmarks of a post-apocalyptic village suddenly abandoned by its residents. Rachel Reeves, former chair of the select committee who set the inquiry up, is no longer in post, having accepted an invitation to join Sir Keir Starmer's shadow cabinet.

As for the "public inquiry" Sir John seems to think is coming, the minister who could actually announce it clearly has no intention of doing so. Worse, he's already in "lessons will be learned" mode.

On 7 May, Paul Scully, the minister for Postal Services at BEIS wrote to Siobhan Baillie MP, who contacted him on behalf of her constituent, Nicki Arch. Mr Scully wrote:


"The Government is... committed to establishing an independent review [my italics] to ensure lessons are learned from this case, so that these issues do not happen again. Further details will be announced in due course. It is of the utmost importance that the Post Office deals with postmasters openly and transparently, and ensures that they are adequately listened to, supported and remunerated so that they can thrive."

The last sentence is telling. It looks as if the "review" will be about making sure everything is tickety-boo now, rather than holding anyone to account. Indeed, earlier this year, a serving Subpostmaster, John O'Sullivan, wrote to BEIS with a list of concerns, not least why the Post Office's directors have escaped censure for their part in this scandal.


"Given the major programme of work the Post Office is implementing, the Government will not be taking further action at this time. The Horizon IT system was put in place in 1999, with the first issues being raised by postmasters in the early 2000s. Over an almost 20-year period decisions were made by many people, including in relation to the prosecution of postmasters. There is therefore no single person accountable for what has taken place."

For Tony Collins, the journalist who commissioned the first ever investigation into the Post Office Horizon scandal, whilst editor-in-chief of Computer Weekly, eleven years ago, this is not enough.

Today Mr Collins published a direct appeal to Mr Scully and his boss Alok Sharma, calling on them to put themselves on the right side of history. It will be interesting to see if it gets any traction.

To BEIS or not to BEIS

Other MPs have tried to circumvent BEIS. Lee Castleton's MP, Sir Greg Knight, wrote to the chairman of the Public Accounts Committee, Meg Hillier, asking what action she proposed to take over the scandal.

Ms Hillier wrote to the Comptroller and Auditor General of the National Audit Committee, Gareth Davies. On 4 March Mr Davies told Ms Hillier his powers were limited, as the Post Office does not fall under the NAO's remit, however he proposes asking his team to prepare:


"a short briefing which could support a PAC [Public Accounts Committee] evidence session... setting out the governance exercised by BEIS, as shareholder, and UK Government Investments, as shareholder representative, over Post Office Ltd... this would also have the benefit of holding the relevant individuals to account without the delay of a long investigation."

Incidentally, after Eleanor Shaikh's incendiary report (on this website) detailing the government's failure to properly scrutinise the Post Office, there has been a change.

Last year Ms Shaikh was able to reveal that six years after the Post Office was hived off from Royal Mail, there was still no formal arrangement between the Post Office and its shareholder (the government) laying out how Post Office directors should be held to account for their actions.

That was rectified in a document dated March 2020, but as Ms Shaikh says, the new Post Office Shareholder Relationship Framework:


"reads like a catalogue of all the mistakes, all the measures of oversight which SHOULD have been deployed all along."

Inspector Knacker and the CCRC

There are other lines of enquiry outside parliament. The judge in the recent litigation was so concerned about the veracity of evidence supplied by Fujitsu employees to Post Office prosecutions he passed a file to the Director of Public Prosecutions who handed it to the Met Police to investigate. I have seen correspondence from the investigating officer at the Met who is contacting relevant people and asking for information, whilst being keen to stress no criminal investigation has begun.

There is also an ongoing investigation into the actions of Post Office prosecutors over the Seema Misra case, which is being carried out by Surrey Police.

Finally, the Criminal Cases Review Commission has indicated it will issue a Statement of Reasons explaining why it referred the cases of 39 prosecuted Subpostmasters to the Court of Appeal.

The CCRC has also stated its commissioners are intending to meet before the end of May to see if any more Subpostmaster cases can be referred.

There are 21 applicants waiting to see if they are in the next batch and I am in direct contact with three of them. I cannot begin to tell you how much a referral would mean to these people.

You'll hear about any further movement here first. Or second, if the mighty Karl Flinders at Computer Weekly beats me to it again.

*************************
If you have found the content on this website useful or interesting, I would be grateful if you could put a few quid in the tip jar below. Contributors who give £20 or more get regular "secret" emails which have all the info about this story and its wider repercussions.

at May 12, 2020
Email ThisBlogThis!Share to TwitterShare to FacebookShare to Pinterest
Newer Posts Older Posts Home
Subscribe to: Posts (Atom)