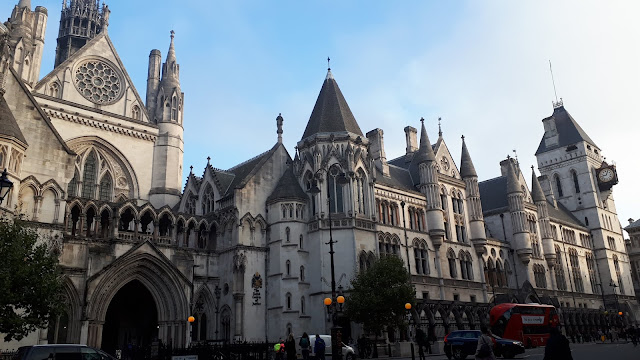 When the Criminal Cases Review Commission referred 47 former Postmaster cases to the Court of Appeal earlier this year, it did so for two main reasons.

Reason 1: It believed there were issues of "significance to the safety" of 47 convictions because:

a) the Horizon evidence used by the Post Office was potentially dodgy.

b) the Post Office failed to disclose to Postmasters what it knew about Horizon's reliability.

c) the Post Office did not investigate shortfalls properly before leaping to the conclusion that Postmasters had stolen money (something Second Sight pointed out seven years previously, which the Post Office ignored).

Reason 2: It believed the whole approach to prosecuting Subpostmasters was an "affront to the public conscience", because:

a) it was not possible for Subpostmasters to have a fair trial when evidence about the reliability of Horizon was not presented to court.

b) the Post Office knew it was not possible for Subpostmasters to have a fair trial, but proceeded anyway.

Well. It's already widely known that of the 47 cases going before the Court of Appeal, the Post Office has made it clear it rejects the idea that three of the convictions are unsafe.

What is less widely known is that whilst the Post Office accepts 44 convictions are unsafe, in all but four of those 44 cases, it rejects the idea there has been an affront to the public conscience.

And this is where it gets interesting, because now the appellant Subpostmasters have a choice.

They could either accept their convictions only are unsafe because of potentially dodgy, uncorroborated and undisclosed evidence (Reason 1), or they could choose to push for a ruling from their Lordships that they were also victims of abuse of process and this whole thing is an affront to the public conscience (Reason 2).

The Noble Cause argument

There are some who say that going for the latter, whilst trickier in the short term, would make it far easier for a malicious prosecution claim to succeed when everything goes back to the High Court (the next battle after the criminal convictions are quashed).

Added to this there is the argument that winning a generic "affront to the public conscience" argument would make the path to the Court of Appeal easier for the 14 cases the CCRC didn't refer earlier this year, the fresh cohort it is currently considering, and the many other cases who have yet to apply or be accepted onto the Commission's books.

Finally there is the public relations situation. If the Court of Appeal isn't asked to make a ruling on affronts etc, the Post Office will be able to tell the world that, yes, they made mistakes with regards to disclosure and perhaps their investigations were not as thorough as they might have been, but there was nothing legally wrong with their decision to prosecute 900 people over a 14 year period and whilst regrettably, some people were wrongfully convicted, what's a few miscarriages of justice between friends?

The Big Risk to the above approach is that if the Court of Appeal decides the Post Office is right - that there has been no affront to the public conscience - it throws a spanner in the works of any malicious prosecution claim at the High Court. The claim could still be lodged, but it would have less of a following wind. The lawyers and Subpostmasters who pushed for this approach would face some stick for having potentially compromised the chances of every Subpostmaster's opportunity to get some proper compensation.

Another downside to the Noble Cause approach is that whilst it in no way threatens the overturning of 44 convictions, it will take longer to go through the Court of Appeal, as the arguments for and against Reason 2 are heard. This is likely to be a matter of months, though, rather than years.

The other argument is more simple. It suggests pushing at the door being held open by the Post Office to get the 44 convictions quashed in the Court of Appeal as soon as possible, and then retrain the guns over the Reason 2 arguments in a malicious prosecution claim at the High Court.

The downside to this approach is that it's great for the 44 appellants who are at the front of the queue banging at that door, but it could slow things up for the cases struggling behind them, as they will not be able to rely on a finding that using obviously ropey Horizon IT evidence (and what's more, actively hiding the truth of the matter) to pursue criminal prosecutions of Subpostmasters was an affront to public conscience.

On 18 November, the Court of Appeal will hear all the arguments from the interested parties and come to a conclusion. If the court thinks it doesn't need to make a ruling about abuse of process, it won't. It will hear the arguments made by the CCRC and the appellants over dodgy IT evidence and its disclosure (Reason 1) and likely go away quash between 44 and 47 convictions, leaving discussions over Reason 2 for a civil claim.

If the Court of Appeal thinks it is important to consider the arguments on Reason 2 it will set a hearing date for that and we'll be a good few months into next year before the first Subpostmaster conviction is officially overturned.

These arguments are being made behind the scenes between the legal teams representing the 47 appellants to the court of appeal, and every single person I have spoken to is acutely aware that this is not an academic exercise, they know this is about peoples lives.