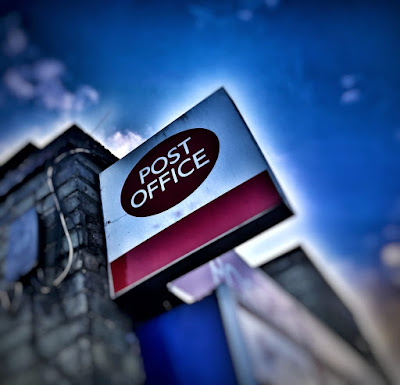 Someone has told Sky News the government is going to announce the Wyn Williams inquiry into the Post Office Horizon scandal will be put onto a statutory footing tomorrow.

Sir Wyn will now be able to compel witnesses to give evidence (and be cross-examined) under oath and order the disclosure of documents to the inquiry.

There is a catch, though. Unless the terms of the inquiry are expanded, it will not be able to do what most campaigners want it to do, which is address compensation, and the actions of Fujitsu and the government in this scandal. This was picked up by Chi Onwurah, the shadow minister for business who today said:

"We are pleased that the Government has finally, after dragging their feet, conceded the need for a statutory inquiry following pressure from the postmasters, Labour and just about everyone horrified by the enormity of this miscarriage of justice.

This is a step forward, but the long delay has caused further suffering to the many victims and their families.

Crucially the Government must now address the limited remit of the inquiry which does not cover compensation or the accountability of managers in this scandal."

Chris Head, one of the Subpostmasters who won a stunning victory against the Post Office at the High Court in 2019 and who subsequently took a petition to Downing Street demanding a full inquiry in February last year, said:

"Todays news is very welcome, it should not have ever come to this. The minister could have announced this last year so these people could be on their way to justice much sooner. We must ensure now that consultation is given on the terms of reference so that no stone is left unturned. It appears the pressure & dialogue with ministers has worked with many thanks to all the MPs, Lords and press that have really upped the anti since the Court of Appeal decisions a few weeks ago."

Lord Arbuthnot, who has been campaigning for Subpostmasters for more than a decade, referenced the relative paucity of compensation which was handed over to the Subpostmasters whose victory at the High Court led directly to this inquiry, commented:

"Excellent news, but until there is proper compensation and the Government accepts that the settlement agreement was unfairly forced on the subpostmasters, we cannot rest."

Kevan Jones MP, whose constituent Tom Brown was prosecuted by the Post Office, spelled out his demands:

"If the inquiry is going to be put on a statutory footing then that is welcome, but it should have been done when it was announced months ago. It’s just added to the anguish for the victims. It is a major victory and full credit to the tenacity and determination of the Subpostmasters.”

“It’s quite clear to me there’s been a deliberate cover-up throughout this and those responsible for it need to be brought to account. Post Office knew back in 2011 what the problem was. Major questions need to be asked not only why the Post Office covered it up, but then spent hundreds of millions of pounds of public money defending the indefensible, when they knew they were in the wrong."

"The key thing now is we’ve got to get all the facts on the table, that’s documents… that’s individuals who took decisions. They’ve got to be able to get the truth out there and then the government have to compensate people and in certain cases consideration of criminal prosecution against people."

The Business department (BEIS), which is responsible for the Post Office has just released the following statement:

"All parties are committed to cooperating with the independent inquiry underway, which is continuing to make progress under the chairmanship of Sir Wyn Williams. We continue to engage with relevant parties on all options available to ensure we get to the bottom of where mistakes were made, and to ensure something like this cannot happen again. The inquiry will also assess whether lessons have been learned and concrete changes have taken place or are underway at Post Office Ltd.”

The Post Office's chief executive Nick Read is currently in a meeting with MPs. The Post Office will not comment until after Paul Scully makes his announcement to Parliament tomorrow afternoon. The Horizon Inquiry Secretariat told me: "Sir Wyn has no comment to make at this time."

This blog is crowdfunded. I am also currently writing a book called The Great Post Office Scandal which will be published by Bath Publishing this autumn. If you would like to buy a pre-sale copy, I would be very grateful. For more information, please click here.

at May 18, 2021
Email ThisBlogThis!Share to TwitterShare to FacebookShare to Pinterest
Newer Posts Older Posts Home
Subscribe to: Posts (Atom)