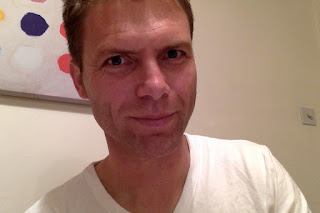 I am a broadcast journalist. I was trained up by the BBC then left a staff job to go freelance in 2004.
If you want to see my cv, click here. If you want to know how I got involved with this story, read on...

In 2010 I was working at BBC Surrey. In November that year I had a phone conversation with a man called Davinder Misra who told me his pregnant wife, Seema - previously subpostmaster at West Byfleet Post Office - had been jailed for stealing £74,000. He was adamant she was completely innocent.

I took the story to my colleagues and we investigated. Seema was not the only subpostmaster who had been prosecuted by the Post Office. Since the installation and rollout of a new UK-wide IT system called Horizon, which managed both the sales and accounting side of the business, dozens of subpostmasters had been accused of stealing money from their own sub-post office, and then either suspended, sack or prosecuted (by the Post Office's own in-house prosecution team) for theft, fraud and/or false accounting.

A Computer Weekly investigation had broken the story in 2009, and a now-defunct Welsh-language TV programme called Taro Naw followed it up with an even wider investigation that same year, but  things hadn't got any further.

I fronted a joint BBC Surrey and BBC Inside Out South investigation on 7 Feb 2011 which uncovered yet more examples of subpostmasters who had been turfed out of their jobs, suspended, sacked and in some cases criminally prosecuted, all because Horizon posted up figures indicating cash shortfalls at their branches.

By the time we broadcast our first investigation, the Justice for subpostmasters Alliance (JFSA) was up and running, founded by a former postmaster called Alan Bates who had been turfed out of his Post Office because he refused to take responsibility for the inexplicable cash discrepancies on his branch Horizon terminal.

Under the terms of the Post Office contract, postmasters are liable for any losses in their branch, explicable or not, and this gives the Post Office more of an incentive to chase payment for cash discrepancies than spend money investigating potential problems with its IT system.

After the broadcast went out I tried to get my colleagues at BBC network interested in the story. I also alerted Private Eye, who printed the first of many pieces in autumn 2011.

By this stage plenty of MPs were hearing from subpostmasters in their constituencies who had been sacked or suspended by the Post Office over Horizon issues. The admirable James Arbuthnot, MP for North-East Hampshire, started co-ordinating a parliamentary working group to investigate.

Thanks to the MPs and the efforts of the JFSA, the Post Office (wholly owned on our behalf by the government) agreed to commission an investigation by a team of forensic accountants, Second Sight, into what might be going on. Second Sight produced an interim report a year later in July 2013. This prompted my first bit of independent work on the story, which I published on my blog.

What happened over the next two years was nothing sort of extraordinary:

- a complaint and mediation scheme set up by the Post Office collapsed in acrimony.

Below are quotes taken from various MPs who attended an adjournment debate at Westminster Hall in Dec 2014. They give you an idea of the strength of feeling in the room:

- "the Post Office has been duplicitous. It has spent public money on a mediation scheme that it has set out to sabotage."

- "I find the Post Office’s foot-dragging, inefficiency, and years of delay absolutely unacceptable."

- "The way in which Post Office senior management have dealt with our working group of MPs has been extremely high-handed. I share my right hon. Friend’s concerns: if Post Office management speak to Cabinet members and senior Members of Parliament in the way they do, the way they treat their sub-postmasters must be feudal."

- "we met the five senior managers of Post Office Ltd—the chair of the board, the chief executive, the chief technical officer and two others—who said, “We cannot conceive of there being failings in our Horizon system.” I asked all five of them about that. First, that makes us wonder which planet they live on. Secondly, we know that if the organisation operates from the premise that, uniquely, it has a computer system with which there are no problems and can be no problems, that explains its behaviour further down the line. Its investigation department should be renamed, because it has never done an investigation since it was set up. When problems are found, eventually it goes to the individual postmasters and postmistresses and says, “There is a problem here. Patently, it is not our system—it’s faultless—so it must be you..”

- "The arrogant way in which the Post Office is dealing with this issue is astounding... This is a national scandal."

- "The more it goes on, the more we will hear of sub-postmasters ending up in prison or declaring guilt for something that they have not done in order to avoid a custodial sentence. That is not how justice works in this country and it is not how justice should be seen to be working."

- "it is clear from what we have heard in the debate that a large number of people have had their life ruined because they adopted accounting practices on the basis of advice given to them by the Post Office."

- "the way in which the Post Office has treated sub-postmasters and Members of Parliament who have expressed concern about the matter is so worrying, and to my mind shocking."

- "Not only is the Post Office doing this in breach of its word to Members of Parliament and in breach of its duties to the people it works with—the sub-postmasters—but it is undermining and belittling the work of the forensic accountants whom it chose."

- "the Post Office has no intention of getting to the bottom of what went wrong. Documents have been destroyed."

By this stage I was in regular contact with many of the key players in the story and had been commissioned with BBC South to produce and front a couple of reports for the One Show. As before, the Post Office refused to be interviewed and just continued to state both its faith in Horizon and the manner it had gone about investigating cash discrepancies at its branches.

In 2015 Panorama commissioned an investigation into the story. I was brought in as a junior freelance producer, and between us we interviewed Second Sight, Seema Misra, Jo Hamilton (another former Postmaster), James Arbuthnot (her MP), the computer expert used in Seema's trial and a whistleblower, Richard Roll, who had got in touch after seeing my initial report on Inside Out South back in 2011.

Mr Roll used to work for Fujitsu, which designed and maintained Horizon for the Post Office. Boy did he have stories to tell about what went on there.

Later in 2015 there was another parliamentary debate, but things appeared to be fizzling out, until in January 2016 Alan Bates, on behalf of the JFSA, managed to secure the funding to take the Post Office to the High Court. Over the course of 2016 as he worked with his solicitors, Freeths, Alan was given permission to pursue his claim as a Group Litigation Order, better known as a class action. Now things were getting interesting.

On 26 January 2017 the first open hearing was held at the High Court to finalise the details of the GLO. I was the only journalist to attend. In that single day the Post Office made more public revelations about Horizon than they had done in the previous eight years put together.

In reality anyone with the right clearance at Fujitsu had the ability to effect changes in a branch account, something our Fujitsu whistleblower told us he did himself and saw happening around him on a regular basis. See the transcript taken from the 26 Jan High Court hearing below. Green is the JFSA's silk and de Garr Robinson is representing the Post Office. Senior Master Fontaine was the presiding judge:


“Administrate Access to Databases. Database and server access and edit permission is provided within strict controls, including logging user access, to a small controller number of specialist Fujitsu, not Post Office, administrators. As far as we’re currently aware privileged administrator access has not been used to alter branch transaction data.
We are seeking further assistance from Fujitsu on this point.”

There will undoubtedly be more revelations to come in the trial. If no one is there to report it in detail, the story will not get the audience it deserves. There are tens of millions of pounds at stake for the Post Office and there are heartbreaking stories of subpostmasters who have lost everything.

There is also the strong possibility that the judge decides the Post Office did everything they did all right and proper and there really is no story here. Watching and reporting the process which leads to a conclusion like that is vital, because then we will know more about why it is fair. If you want to read the Post Office's perspective on the story, they've posted quite a bit on their own website.

*************************
If you can, please help keep this crowdfunded public-interest journalism project going by chucking a few quid in the tip jar below. Contributors who give £20 or more will start receiving regular "secret" emails which have all the info and gossip about this litigation as it makes its way through the courts. Click here to see how and where your money is being spent.
If you want to find out a little bit more about the underlying story, click here.
at July 30, 2018
Email ThisBlogThis!Share to TwitterShare to FacebookShare to Pinterest
Newer Post Older Post Home