What's this all about? 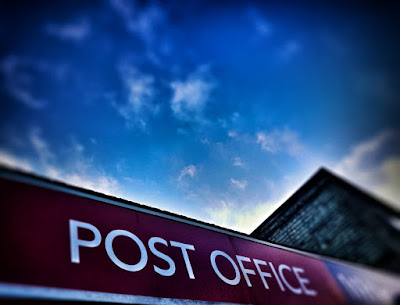 Over many years Subpostmasters (the people who run local post office branches) have been held legally responsible for their branch accounts. These are held on a networked point-of-sale and accounting IT system called Horizon.

However, Subpostmasters are not in control of that system. It is operated Fujitsu on behalf of the Post Office.

Subpostmasters are unable to dispute the accounts presented to them and are held contractually liable by the Post Office for any discrepancies. Until a High Court judgment in March 2019, if Horizon says you should have £80,000 worth of cash and stock in your branch and you only have £50,000, the Post Office would go after you for the £30,000 difference.

The Post Office is not contractually obliged to investigate the cause of a Horizon discrepancy. Many Subpostmasters were certain computer glitches or other uninvestigated causes outside their control were behind discrepancies appearing in their accounts.

In the past, Subpostmasters who refused to make good discrepancies were sacked, losing everything they'd invested in their branches.

Some Subpostmasters, mystified by continual or large scale losses and scared of being sacked and losing their businesses, signed off accounts they knew were not an accurate reflection of their stock and cash. They say they did this to avoid being held liable for discrepancies which were out of their control, which they could not afford to make good, and to keep trading. The Post Office called this false accounting.

Subpostmasters unwilling or unable to make good large discrepancies were sometimes prosecuted (by the Post Office's in-house prosecution team) for theft, false accounting and/or fraud. This was done on IT evidence alone, without proof of criminal intent. Despite this, some Subpostmasters were successfully persuaded by their own solicitors to plead guilty to false accounting, on being told the Post Office would drop theft charges.

Once the Post Office had a criminal conviction, it would occasionally attempt to secure a Proceeds of Crime Act Order against convicted Subpostmasters, allowing it to seize their assets and bankrupt them.

This abuse of process and has been confirmed by the court of appeal as one of the most widespread miscarriages of justice in British history. The Post Office has apologised and is functionally bankrupt.
If you would like to read in forensic detail the level of legal and governmental culpability in this, do read the barrister Paul Marshall's speech to the University of Law on Thursday 3 June 2021. It spells the scandal out in forensic detail.

For more info, please have a look at the "Start here" page, which divides the story up into categories and includes links to pieces I have written on aspects of each category.

This website is crowdfunded. I am also currently writing a book called The Great Post Office Scandal which will be published by Bath Publishing this autumn. If you would like to buy a pre-sale copy, I would be very grateful. For more information, please click here.

at August 10, 2019
Email ThisBlogThis!Share to TwitterShare to FacebookShare to Pinterest

If either party in Bates and others v Post Office takes issue with aspects of any judgment made during this litigation, they have the option of approaching the Court of Appeal.

I have laid out the pieces and relevant documents below.


The Court of Appeal

The Court of Appeal rejects the initial application to appeal the Common Issues judgment. Write-up - "Court of Appeal invites Post Office lawyers to have another go"