Are you looking for legal representation? 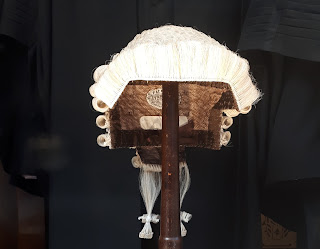 One of the terms of the High Court settlement to the Bates v Post Office group litigation in Dec last year was that Freeths, the Subpostmasters' solicitors, would not be able to take any further legal action against the Post Office.

The exact nature of this agreement is secret, but it seems to mean that Freeths cannot offer any legal advice to Subpostmasters about what they should do next.

This has left some people rather disorientated. As a result some have contacted me. I am not in a position to give advice. I am a journalist. But I can, at least, make some enquiries.

Broadly it seems the people who are looking for redress and possible legal representation fall into three categories:

a) former/current Subpostmasters (and counter assistants etc) who weren't part of the group litigation, but who may have been held liable for discrepancies with Horizon. They may also have been erroneously suspended and/or sacked and/or prosecuted. Many of these Subpostmasters were not aware of the group litigation or even that there were others in the same boat until the publicity around the court case came to light.

b) claimant former Subpostmasters who feel the High Court settlement was unsatisfactory.

c) Subpostmasters whose cases are lodged with the Criminal Cases Review Commission, particularly those who have already been referred to the Court of Appeal.

Of the above, the Post Office appear nearly ready to attempt to head off/address the concerns of group a) by launching what they call the Historical Shortfall Scheme. The scheme has been set up to:

The scheme was due to open on 23 March 2020, however it has been postponed due to the coronavirus.
Whilst the words "independently assess" might bring comfort to some, going into a process like this without appropriate legal representation (particularly given the battery of lawyers the Post Office will be deploying) might be inadvisable.

As the claimants in Bates v Post Office have been told very clearly, several times, this scheme is not open to them.

So what happens to those in category b) - do they have any right to further redress?

On the face of it, no. They signed up to the litigation, and in doing so, allowed a small steering group to take decisions on their behalf. The steering group settled for £57.75m, and part of that agreement was apparently that none of the claimants could take any further action against the Post Office, unless it was for malicious prosecution. If you were never prosecuted, you can't claim malicious prosecution.

Many Subpostmasters have pointed out that this seems extremely unfair. They were part of a group of people that went into battle against the Post Office, won, and now others will apparently take home the spoils. Don't forget £46m of the £57.75m has disappeared in legal fees, leaving the claimants with an average of around £20K each. Many people suffered horrors at the hands of the Post Office. Some lost hundreds of thousands. Twenty-thousand pounds, by comparison, is small beer. But legally? Done and dusted, mate.

Maybe it's not that simple. The MP Karl Turner (a barrister himself) recently tweeted this:

If you’re ex postmaster and have received email from @PostOffice saying you will not be considered in compensation scheme if you were litigant in the class action, you should seek legal advice. Hudgell Solicitors have agreed with me to give free initial advice. #postofficetrial https://t.co/Qgc5ifCn1I
— Karl Turner MP (@KarlTurnerMP) April 3, 2020

... which is interesting. Hudgell have already set up a Post Office-specific web page, which is surprisingly comprehensive, yet it makes no explicit claim to be able to act for dissatisfied group litigation participants.

I don't know anything about Hudgell, and I'm definitely not recommending them. I'm just pointing out they are clearly becoming active in this area and they have the backing of an MP who knows a lot about this story.

Another law firm who have taken an interest in all this are Ward Hadaway. Like Hudgell, they too have set up a Post Office-specific web page. I spoke to Stephen Lewis, the lawyer who is spearheading Ward Hadaway's work in this area, a few weeks back. He used to work at Freeths (leaving part-way through 2019) and so he knows a lot about the group litigation. His team has also successfully started acting for non-claimant Postmasters and apparently done rather well for them.

Again I am definitely not recommending Ward Hadaway, I am just pointing out they too are becoming active in this area.

Other law firms are available. They may be better than Hudgell and Ward Hadaway, they may not.

Don't forget, you may not need legal advice. And lawyers, like everyone else, are trying to make a living. They don't come free. You either pay up front, or down the line.

a) you have a current or historical grievance against the Post Office,

b) you are a disaffected group litigation claimant wishing to explore your options, or

c) your case is with the CCRC or about to be sent to the Court of Appeal and you are thinking about malicious prosecution,

there are at least two firms who would, most likely, be happy to have a conversation with you.

If you do pick up the phone, or decide to go for the Post Office's Historical Shortfall Scheme without representation, don't forget to let me know how you get on.

*************************
If you have enjoyed reading the content on this website or found it useful, I would be grateful if you could put a few quid in the tip jar below. Contributors who give £20 or more get regular "secret" emails which have all the info about this story and its wider repercussions.