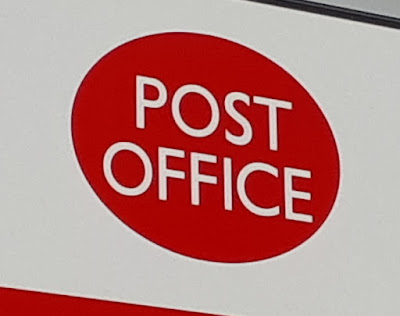 I was not in court today. This is a write up of the transcript of the first (common issues) trial costs hearing, which also decided recusal application costs and the Post Office's application to appeal the common issues trial judgment.

Word to the Worden

Before the discussion about costs and permission to appeal even began the judge revealed that the Post Office's expert witness in the Horizon trial, Dr Worden, had served a third expert report directly to the court yesterday, without cc-ing it to the claimants' solicitors.

Dr Worden had also failed to give the judge a covering note explaining why this document had landed, out of the blue, in his Lordship's inbox.

It's hard to tell from the transcript just how perplexed J Fraser was by this behaviour, both yesterday and today, but it resulted in a short notice summons to Mr Anthony de Garr-Robinson QC, the Post Office's Horizon trial barrister, to appear in court this morning and explain wtf was going on.

After assuring the judge that the claimants had had sight of this report for a number of days, Mr de Garr-Robinson explained that Dr Worden:


"as an independent expert, considers it to be his duty to assist the court, irrespective of his instructions... he conceives it to be his duty, in my submission on proper grounds, to inform your Lordship that he has had material changes of view. It is also his view that those views, the views that are set out in the report, are helpful to your Lordship in resolving the Horizon issues, and in my submission there is more than an arguable basis for justifying that view. But those are his views... None of this has been instigated or requested by my client; it is what Dr Worden conceives it to be his duty to do."

This is curious. The Post Office's independent expert is acting unilaterally on something which is clearly exercising him, irrespective of the Post Office's wishes. I wonder why?

Dr Worden's third report was first referred to in court on 11 April, the last day of factual evidence in the Horizon trial. Mr de Garr Robinson raised it thus:


"it has occurred to Dr Worden there is a new way of looking at the Peaks and the OCPs, OCRs and MSCs* in this case which, in his view shed considerable light on certain of the Horizon issues.  He feels it is his duty to inform your Lordship of that.  He has already informed Mr Coyne of that fact and it is only right that I should bring it to your Lordship's attention."

At the time, the claimants were suspicious of this play from Dr Worden and weren't sure how to formally respond. The judge hoped that the claimants' IT expert Jason Coyne would get a chance to sit down and chat with Dr Worden before today's hearing and come to agreement, or lack thereof, about Dr Worden's Big New Idea. For whatever reason, it didn't happen. The two men did share data and speak on the phone several times, although the outcome of those interactions remains oblique.

Today the judge asked the claimants' barrister Patrick Green QC if he had any observations. Mr Green said yes he did, and it was that:


"Mr Coyne made a request for information in July 2018 for the OCPs, the OCRs and the MSCs*, and the Post Office... responded, I think it was 6th August from memory, saying that those were irrelevant, and the new report arising after what should have been the conclusion of the Horizon Issues trial is based on an analysis, which we're trying to understand, of those documents said to be irrelevant in the summer of last year."

All this adds more than a little intrigue as to what exactly is going to come out of the cross-examination of the expert witnesses when the Horizon trial resumes on 4 June. But you can bet Dr Worden's Whole New Way of Looking at Things will be subject to some considerable scrutiny.

Back to the appeal

The Post Office's grounds for appeal were manifold. 37 on law, 3 on procedural unfairness and 8 on fact. The judge considered them, read the skeleton argument submitted by the Post Office's Common Issues QC, Mr David Cavender, listened to Mr Cavender make his case in the hearing and then rejected them outright. His reasons are contained in a judgment which has yet to be formally handed down and was therefore excised from the transcript I received. As soon as we get the judgment we'll know why he rejected the appeal.

The Post Office appear to have accepted that as far as the High Court is concerned, they have lost the common issues trial. Nevertheless, they spent a large chunk of today trying to get out of having to pay any of the claimants' costs at this stage.

The arguments for this were intriguing, and Mr Cavender used the analogy of a game (whilst being at pains to point out that this was a serious business and very far from a game). His analogy was that whilst the claimants had won the battle over the rules of the "game", the "game" has yet to be played. Nobody has won anything and nobody, including the Post Office, has lost anything.

This is a reference to the fact that the common issues trial was largely to get a finding on what the relationship between the Post Office and Subpostmasters was in law. Now it has been decided (subject to appeal) the remainder of the litigation (after the "is Horizon fit for purpose" trial) is a trial of how far (if at all) the Post Office departed from the terms of the contract in its treatment of the claimants.

Mr Cavender's argument was that as the Post Office could well win this litigation, why should it pay interim costs to the claimants, when they might need to be returned, plus interest, at the end of the litigation?

There was a rather chilling moment when the judge, in acknowledging this point, noted that the claimants might well end up paying damages to the Post Office. You see, the Post Office have served a counterclaim and if the litigation fails:


"so far as success by an individual claimant is concerned, Mr X or Ms Y may well... recover nothing... On the basis that there is a counterclaim by the Post Office against some, if not all, of the claimants, they may well fail and in fact be ordered to pay damages in fraud to the Post Office."

We're now several million quid down the line, and the "game" hasn't even started. And this "game", no matter how well it might be going for the claimants, could suddenly taken on a very frightening perspective for them if the Post Office end up winning and then start to try exacting their pound of flesh.

At the end of the hearing the Post Office asked if it could have 28 days to hand over the £5.5m cash rather than the usual fourteen. Mr Cavender explained: "It is a question of arranging the funds I suppose and talking to our shareholder about it."

The judge gave them 21 days. The shareholder is HMG. I wonder if the Postal Services Minister will require a written explanation from the Post Office...

* I intially wrote after those initials "I have no idea what these are", but thanks to the power of the secret email community, a former Fujitsu engineer who worked on Horizon for a large chunk of his career has got in touch. He explains:

My thanks to him.

*******************
If you can, please help keep this crowdfunded public-interest journalism project going by chucking a few quid in the tip jar below. Contributors who give £20 or more will start receiving regular "secret" emails which have all the info and gossip about this litigation as it makes its way through the courts.
If you want to find out a little bit more about the underlying story, click here.

at May 23, 2019
Email ThisBlogThis!Share to TwitterShare to FacebookShare to Pinterest
Newer Posts Older Posts Home
Subscribe to: Posts (Atom)