Horizon trial: Day 1 - Post Office IT "not fit for purpose" 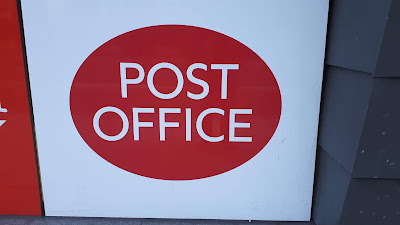 Oh, hello. On day one of this trial, we have already had reference to an internal Post Office document (dated Jan 2017) which says Post Office IT is "not fit for  purpose, expensive and difficult to change." and "we need to quickly rationalise and resolve  misaligned contracts enacted to support legacy IT,  obsolescence, a lack of PO technical competence,  particular focus on Fujitsu and Accenture."

Post Office IT = Horizon
Fujitsu = the people who run Horizon


"The IT strategy outlined a view of the current  state of technology within PO as failing to meet PO  aspirations on any assessment lens."

In the words of the claimants' QC, Patrick Green:

"your Lordship will note that the Horizon branch  systems box is in red in the Post Office's own internal  document. "

"Our back office also struggles with the  complications of dealing differently with each of our        many clients, heavily manual processes, reconciling  disparate sources of data, retrospective financial        controls and a lack of flexibility.  This backlog of  challenges, poor support contracts and a lack of skills  have led to a prohibitive cost of change, preventing the  about [sic] improvements that should occur as part of  a business as usual."

Mr Green also noted that 18 months previous to the above document, in response to a Second Sight query (the independent forensic accountants eventually fired by the Post Office in acrimony), the public position on Horizon was thus:

So Horizon is a high risk, not fit for purpose, pile of s***e, right?

Ah well - the answer, my friend, is not that simple. In the majestic words of the Post Office QC, Anthony de Garr Robinson:


"Over the period 2000 to 2018 the Post Office has had  on average 13,650 branches. That means that over that   period it has had more than 3 million sets of monthly  branch accounts.  It is nearly 3.1 million but let's  call it 3 million and let's ignore the fact for the  first few years branch accounts were weekly. That  doesn't matter for the purposes of this analysis.  Against that background let's take a substantial bug  like the Suspense Account bug which affected 16 branches  and had a mean financial impact per branch of £1,000.  The chances of that bug affecting any branch is tiny.  It is 16 in 3 million, or 1 in 190,000-odd. The chances  of affecting a claimant branch are even tinier because  the claimant branches tended to be smaller than ordinary  branches. One could engage in all sorts of        calculations, but your Lordship may recall from  Dr Worden's second report that he ends up with   a calculation of a chance of about 1 in 427,000-odd. So  for there to be a 1 in 10 chance for a bug of this scale  to affect one set of monthly account for a claimant  branch, one would need something like 42,000 such bugs.  Of course there's a much simpler way of doing it  which really is just a straight calculation.  There have  been 3 million sets of monthly accounts so the chances  of the Suspense Account bug affecting any given set of  monthly accounts is 60 in 3 million or about 5 in  a million, so to get a one in 10 chance of such a bug  you would need to have 50,000 bugs like it.  But, my Lord, all the roads lead to the same basic  result which is that even for a significant bug of that  sort, the number of bugs that would need to exist in  order to have any chance of generating even a portion of  the losses that are claimed by the claimants would be  a wild number that's beyond the dreams of avarice. It  is untenable to suggest that there are 40,000 or 50,000  bugs of that scale going undetected in Horizon for  20 years."


"the difference now  being played out between the experts is at the margins.  They accept that there are imperfections in the Horizon  system with the result that in some rare cases bugs  affecting branch accounts occur and will not be  immediately fixed.  The issue between them is how slight are the relevant imperfections.  The scale of this difference is magnified by the  adversarial process but in the scheme of things, in my  submission, it is in fact tiny and to plagarise  Lord Justice Lewison in section 1 of his first chapter  in the interpretation of contracts, the lazy reader can  stop here.
My Lord, we say that what is already common ground  between the parties means that the claimants must fail  in their primary endeavour to persuade the court to draw  the inference or make the presumption that they want the court to make or to draw or make, to the effect that  when faced with a shortfall in a set of branch accounts  the shortfall was caused by a bug in Horizon. "

Indeed. So what's been happening then? That, says Mr de Garr Robinson, is for another trial.

Mr Green started this morning with a complaint about the availability and delivery of information to the claimants. The Post Office, it seems, does not like to give up information without a fight. It appears to have a strategy of vehemently denying something is true or possible until it is forced to admit it is, in fact possible. Then its seeks to deny the thing it once said was impossible is now relevant or that big a deal. It also likes to unload information when it is almost too late to do anything with.

During a long exposition of this alleged manner of dealing with important information the judge asked:

"What's the name of the Post Office person who signed the statement of truth on the  generic defence?  There is just a signature on it but I can't see what the name is.
MR DE GARR ROBINSON:  My Lord, it is Jane MacLeod.
MR JUSTICE FRASER:  Jane MacLeod, right.  Thank you. "

I wonder if he might want to speak to her in the future.

The issue of remote access was discussed. As we know from the previous trial, the Post Office long insisted that remote access to branch accounts was impossible. Then, in 2016 it admitted it was possible, but only in very limited circumstances. In the run up to this trial, it considered the written evidence of Richard Roll, the  Fujitsu whistleblower featured on Panorama, who said not only was it possible, it happened regularly whilst he worked there. The Post Office initially said Richard Roll was mistaken. Now it accepts Fujitsu technicians remotely accessed Post Office branch terminals on a regular basis. But, says the Post Office, the chances this kind of access could materially affect branch accounts is very unlikely.

And likeliness is what this trial seems to hinge on. Because Horizon is so vast and because it has been in service for so long, it would be a Sisyphean task to look for every error in Horizon and investigate whether or not it had materially affected branch accounts. So the arguments are about likelihood. The Post Office says it is deeply unlikely that any Horizon error caused material discrepancies in any of the claimants' branch accounts. The claimants say the Post Office can't possibly know that.

The second battleground in the trial is the robustness of Horizon. How robust a system was it in its various iterations down the years? The Post Office says its independent IT expert thinks it's robust, with plenty of error-repellency built in, reducing the likelihood of errors. The Post Office expert says it's so robust the likelihood of any errors directly affecting any of the claimants' branch accounts is vanishingly small. The claimants disagree, they say:


"The combination of Horizon's admitted imperfections (and discovered bugs and remote access) and the volume of many millions of transactions, is entirely consistent with the levels of errors reflected in the Claimants' case."

You can read it all yourself, if you want - the uncorrected and unperfected version of today's transcript are here for your reading pleasure. Definitely do that.

I have also uploaded the written openings from both parties. You can read the claimants' opening here and the Post Office's defence here.

And if you want to see the live tweets from today, they're here on twitter and embedded below.

Over the next few days we will hear evidence from various former Subpostmasters who may have experienced problems with Horizon which materially affected their branch accounts. We will hear from the director of Second Sight, Ian Henderson and we will hear from Richard Roll himself.

PS You will note at the top of this blog post there is an exciting photo of a Post Office logo. This is because I got bored of photographing the Rolls Building where this litigation is taking place. I have invited secret emailers to send me their photos of Post Office branding - signs, mugs, logos, letterheads etc etc. The results will be used to illustrate these blog posts over the next few weeks. If you have any to share, please contact me via the contact form on this website. Thanks

Please also consider a donation to keep the postofficetrial.com website going by choosing an amount and clicking the button at the bottom of this post. Contributors who donate £20 or more will be added to this secret email list. Thanks!

at March 11, 2019
Email ThisBlogThis!Share to TwitterShare to FacebookShare to Pinterest

You can read the Post Office's written opening to the Horizon trial on scribd, here, or you can read it embedded below. It was presented to the court on 11 March 2019 as part of the Bates v Post Office group litigation.
Horizon Trial: Defendant&#3... by on Scribd
at March 11, 2019
Email ThisBlogThis!Share to TwitterShare to FacebookShare to Pinterest

You can read the claimants' written opening to the Horizon trial on scribd, here, or you can read it embedded below. It was presented to the court on 11 March 2019 as part of the Bates v Post Office group litigation.
Horizon Trial: Claimants&#3... by on Scribd
at March 11, 2019
Email ThisBlogThis!Share to TwitterShare to FacebookShare to Pinterest

This is the unperfected transcript of the first day of the Horizon trial, held in court 26 of the High Court's Rolls Building. Enjoy.