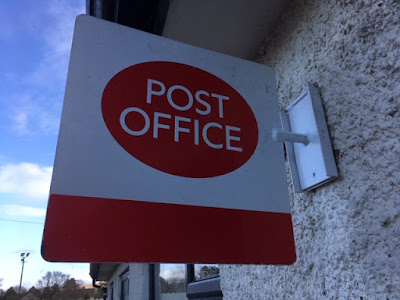 It was a long time coming but it's finally happened. The Post Office has lodged its application at the High Court for permission to appeal what I'm told is large parts of the Common Issues trial judgment.

This is wholly unsurprising, given that on 15 March, when the Common Issues trial judgment was handed down, the Post Office indicated it was considering an appeal.

Also last Monday the Post Office chief executive told Subpostmasters there would be an appeal.

Waiting to the last possible moment before applying gives the Post Office the maximum time to prepare, whilst dragging things out as long and as expensively as possible.

So what happens next?

On Thursday at the High Court, there will be a hearing, which was actually scheduled to decide Common Issues trial costs. Once costs has been dealt with J Fraser will then hear the arguments as to why he should or shouldn't let this appeal go to the Appeal Court.

He has three options:

a) yes it can go to appeal
b) yes some of it can be appealed
c) no you shall not go to the Court of Appeal.

If he decides option c), the Post Office can (as it did with the refusal to recuse), approach the Court of Appeal directly asking for permission to appeal.

An appeal of the Common Issues judgment, were it to go ahead, would most likely be scheduled before trial 3, which is currently scheduled for November 2019, and is likely to examine potential breaches of contract. Having a settled ruling on what that contract means would obviously help all parties.

If you can, please help keep this crowdfunded public-interest journalism project going by chucking a few quid in the tip jar below. Contributors who give £20 or more will start receiving regular "secret" emails which have all the info and gossip about this litigation as it makes its way through the courts.
If you want to find out a little bit more about the underlying story, click here.
at May 19, 2019
Email ThisBlogThis!Share to TwitterShare to FacebookShare to Pinterest
Newer Post Older Post Home