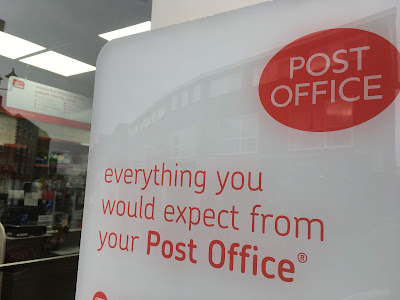 Jason Coyne, the independent IT expert contracted to the claimant Subpostmasters was in the witness box for his third day of cross-examination. Anthony de Garr Robinson, QC for the Post Office, was again wielding the cudgels.

Mr de Garr Robinson tackled the issue of remote access in the context of his wider themes, which appear to be:

1. Verifiable occasions when bad things had happened with Horizon are rare, and in the context of the scale of the system, vanishingly rare.
2. Mr Coyne has real trouble admitting this.
3. Even on the rare occasions bad things happen, they are picked up, dealt with and resolved to all parties satisfaction by the robust countermeasures designed into the system.
4. Mr Coyne has real trouble admitting this, too.
3. Mr Coyne is looking to "throw coconuts"* at the Post Office wherever possible, either by cherry-picking, ignoring or wrongly looking at the available evidence.
4. Mr Coyne has not done a very expert job.

Unfortunately, Mr de Garr Robinson was knocked off course by a couple of early answers by Mr Coyne which contained information he knew nothing about.

Cross-examination is a valuable process. Forensically exploring the strengths and weaknesses of a stated position doesn't just create a sense of theatre. The exchanges between counsel and witness carry significant weight when it comes to a judge's findings. Getting it right is important. It could be crucial.

Everyone knows the skills required to be a decent barrister, but executing them is something else. You need a mastery of the brief, a decent gameplan and no little stamina. You also need the ability to process the vast amounts of information you've spent hours committing to memory and articulate it in the blink of an eye - all whilst your witness is digressing, everyone around you is muttering and a fiercely intelligent badass judge is watching you like a hawk. 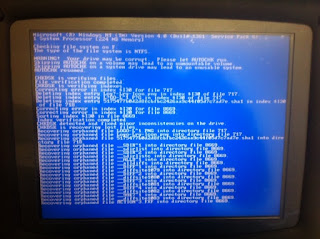 Coping with all that on a relatively straightforward subject is difficult enough. When we're talking about the architecture of a massive computer system and how it's been operated over two decades we're into next level stuff. Especially when it is acknowledged the person you are cross-examining knows far more about the subject than you do.

So there are rules. The rules for counsel require them to cross-examine their witnesses on the contents of the documents submitted to court.

If the person being cross-examined is an expert, it's probably not the done thing to spring relevant information from their field of expertise on the court for the first time.

Before the morning had properly got going, Mr de Garr Robinson asked Mr Coyne to accept that for Fujitsu's Horizon engineers: "Post Office consent was always required for any remote access data changes."

Mr Coyne replied: "No, I'm not sure that was the case. There is a number of examples where there was a blanket or an annual permission that was given for critical access that was required by Fujitsu."

"That surprises me", admitted Mr de Garr Robinson. The reason given by Mr Coyne for his failure to mention it was that he only discovered by looking at documents disclosed to him by the Post Office until shortly before he'd finished his second report.

Mr de Garr Robinson asked "Is there any reason why that hasn't been revealed to the defendant?"

To which Mr Coyne, understandably replied: "I would have thought the defendant would have already known."

This developed into a theme. Mr Coyne kept unexpectedly introducing evidence which Mr de Garr Robinson couldn't rightly have prepared for because it didn't make its way into either expert report. Yet Mr Coyne seemed to imply that the reason this evidence didn't make it into either report was because it was disclosed to him by Mr de Garr Robinson's clients so late he didn't have a chance. But not so late he did not have time to take a view of the evidence, which he brought with him in his head, into court.

To mitigate this, a sort of ad hoc arrangement was entered into whereby Mr Coyne would write down a list of documents he had referred to in the witness box and then go away and find them after the end of the day's proceedings. The documents (or their reference codes) would then be handed to the court to back up his verbal evidence. It was termed "homework". The judge seemed relaxed about this.

Mr de Garr Robinson admitted he would be unable to cross-examine Mr Coyne on these documents (given there's only one more day of cross-examination left to go), but at least he could take a view before his closing arguments, and of course, the judge would get sight of all this too.

As Mr de Garr Robinson was describing the Fujitsu "four eyes" approach to remote access, which mandated any support engineer diving into Horizon to have their code changes/fixes witnessed by a colleague. He turned to Mr Coyne: "Were you in court when Mr Roll confirmed in cross-examination that the four eyes approach was applied quite strictly?"

Mr Coyne replied: "Yes, it was, although I have noted documents that appear to have the same name in the box of authorisation and witness."

Rather than explore the potential implications of this (the implications being that the four eyes rule may well have been occasionally ignored), Mr de Garr Robinson wondered why this had not made its way into any of Mr Coyne's reports.

Mr Coyne seemed more sure of his position than he has been over the previous two days. When boxed into a corner he continued to fight. He would either refuse to accept a final point (by arguing his interpretation of the point) or accept something Mr de Garr Robinson said with qualifications which made his acceptance less than absolute.

It did mean that Mr Coyne spent a lot of time either introducing a lot of red herrings as a distraction, or a lot of extremely valuable and relevant auxiliary arguments, depending on your perspective.

At one point the judge turned to Mr Coyne and intoned with his laconic authority: "Although Mr de Garr Robinson does say from time to time "the debate we are having" and "the discussion we are having", actually he is cross-examining you. So if you just focus on his questions... it is not a general debate."

There were many other fascinating vignettes through the day, and I do want to draw your attention to a particular one, partly because I made a massive fuss about it when the same document was brought up by the claimants' QC when he was cross-examining Fujitsu's chief Horizon architect.

It concerns a fix written into a branch account without the Subpostmaster's knowledge by the wizzes at Fujitsu to correct a $1000 discrepancy (over a foreign exchange transaction) caused by a missing line of code. The idea was that the wizzes would go in, add a line of code and fix the problem.

Now - when this was brought up by the claimants' QC Patrick Green back in March, he suggested a further $1000 error reported by the branch and noted by Fujitsu was not the branch's fault, as claimed by Fujitsu, but the fault of a clumsy Fujitsu engineer who had made a mistake during the code insertion.

Mr Green's analysis was accepted by the Horizon chief architect Torstein Godeseth at which point I thought there was finally proof remote access had caused a discrepancy subsequently pinned on a Subpostmaster.

Today, Mr de Garr Robinson called up the same Fujitsu error log and took Mr Coyne through it. Over the course of about half an hour, he made a lengthy case for the error being a figment of the claimants' imagination, finishing with:

"because the figure of 1,014 was used rather than 484 [then the equivalent of $1000 in sterling], you latched onto that and thought, aha, there must have been an error in this insertion and that error must have been responsible for the loss. What I'm suggesting to you, Mr Coyne, is that's not right, because this is a change that was not made to the message store, it was made to the TPS system, do you agree?"

Mr Coyne did not agree, but either way, the judge is going to have to look very closely at this error log before making a finding. At the time I called it the Smoking Gun. Maybe it was firing blanks.

We start at 10.15am tomorrow. The discussion, between Mr de Garr Robinson and Fraser J, to agree this slightly earlier start time brought the only note of levity to what felt like a very long day.

He made it so. I'll be live tweeting here from 10.15am tomorrow. Do join me if you can.

* In what must be one of the lines of the week so far, Mr de Garr Robinson suggested Mr Coyne was:

The Coconut Strategy of IT Investigation. I like it.


*******************
If you can, please help keep this crowdfunded public-interest journalism project going by chucking a few quid in the tip jar below. Contributors who give £20 or more will start receiving regular "secret" emails which have all the info and gossip about this litigation as it makes its way through the courts.

If you want to see how much I have raised to date and how I've spent it, click here.
If you want to find out more about the underlying story, click here.
at June 06, 2019
Email ThisBlogThis!Share to TwitterShare to FacebookShare to Pinterest
Newer Post Older Post Home