The Post Office cover up, part 1: How and when it happened 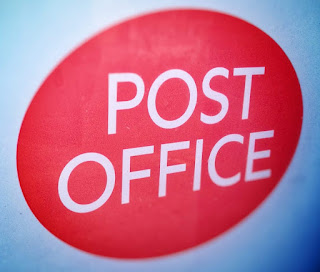 1) Why an organisation saw fit (and was allowed) to criminally prosecute 900 people over two decades.

2) How the UK justice system abetted this.

3) The Post Office and the government's attempt to cover it up.

I want to focus on point three.

In July 2012, forensic accountants Second Sight were invited by the Post Office to investigate the growing number of complaints about the Post Office's Horizon IT system.

In Sep 2013, the Post Office board and/or the government realised the information Second Sight had begun to uncover - about the Horizon IT system and the Post Office's business practices, investigation and prosecution strategy - had the power to potentially bring the organisation down and damage a lot of reputations within government.

Somewhere, a political decision was taken that it was "better" to cover up the truth (or, technically,  make it almost impossible to uncover), than to bite the bullet and deal with the fallout.

The consequences of that decision were horrendous. It allowed the Post Office and specific individuals within it to behave abominably towards Subpostmasters well into 2019.

Take a look at the cases of Chirag Sidphura or Pete Murray, or read what Mr Justice Fraser had to say about the treatment of Liz Stockdale in the Bates v Post Office first trial judgement (see par 517). For many years after the cover-up, the Post Office continued to arbitrarily remove people's livelihoods, destroying their businesses and reputations.

Paula Vennells, Post Office CEO from 2012 - 2019, may well believe she was a good Christian woman running an organisation with a community-minded purpose, but she was at best deluded, and at worst, complicit. Her organisation crushed people. And then tried to cover it up. On her watch.

In July 2012, Second Sight were promised unfettered access to everything. It was Second Sight's stated condition for taking the job. Director Ian Henderson said on Panorama: Scandal at the Post Office: "The phrase was 'seek the truth at all costs'".

The Post Office agreed to this and acknowledged it in a statement to campaigning former Subpostmasters, dated Dec 2012, stating:

An unequivocal promise made to everyone, whether they had criminal convictions or not.

In July 2013, Second Sight produced their interim report, which made it clear there were serious problems at the Post Office. Still at that stage being helpful, the Post Office published the report and took steps to set up a truth and reconciliation programme in August 2013, known as the Complaint and Mediation Scheme.

As that scheme progressed, when Second Sight requested certain documents which could explain the criteria by which prosecution decisions were made, they were refused. The change in attitude from the Post Office began in September/October 2013.

Why would the Post Office want to withhold documents from Second Sight? As well as being forensic accountants, they were experienced fraud investigators. Having eyes on the methods, evidence and the communications between Post Office prosecutors and security team - the internal prosecution files -  would go a long way towards knowing whether the campaigning Subpostmasters had any grounds for complaint, and would have certainly helped inform the individual Subpostmasters whose cases were being investigated.

But according to Vennells' letter to the BEIS Select Committe:

"The decision that was made... was that Second Sight would not be given access to the... files."

The body making this decision was:

"an ad hoc Board sub-committee, consisting of the then Chair (Alice Perkins), myself, and two non- executive directors. Meetings were attended by, among others, the General Counsel and the company secretary."

"Firstly because the documents were legally privileged and, as I understood it, it had never been agreed that Second Sight would be given access to privileged material. Secondly, it was the view of Post Office that the conduct of prosecutions was outside the scope of the Scheme. Thirdly, Second Sight, as forensic accountants, had no expertise to consider legal matters."

Firstly - so what? Just because a document is legally privileged, it doesn't mean it has a witchy spell on it. If the Post Office wanted Second Sight to see those documents all it had to do was waive legal privilege by handing them over.

Secondly - so what? You either want your independent investigators to see and report the truth or you don't. You don't start arguing about scope.

Thirdly - Second Sight were immensely experienced investigators. They were perfectly capable of making pronouncements on internal prosecution files which were within their area of expertise and either recommending or commissioning further specialist legal interpretation as required.

None of the above reasons wash, independently or collectively. Try it the other way round - if you were a powerful CEO and you did want your independent investigators to see your own internal files, because you knew getting to the truth was essential, you would simply task your General Counsel to find a way to deal with issues of privilege, expertise and scope.

The Post Office decided it did not want Second Sight to see those internal files and trotted out a number of fig-leaf justifications for its decision.

That's your cover up, now admitted by the former Chief Executive.


The smoke and mirrors act

Before we get to part 2, let's quickly look at Vennells' attempt to re-write history.

The shift in the Post Office's position from "all documents for everyone" to "no internal files will be examined and we're not dealing with anyone with a criminal conviction" has been completely unacknowledged by the Post Office and isn't touched by Vennells' letter to the BEIS Select Committee.

MPs, the Justice for Subpostmasters' Alliance and Second Sight have all told me that at the beginning, the Complaint and Mediation Scheme was designed to try to help former Subpostmasters with criminal convictions as much as those who hadn't. Indeed it is a fact that convicted Subpostmasters were accepted onto the scheme in 2013.

James (now Lord) Arbuthnot articulated this shifting position as it was happening in December 2014. He told MPs:

"The Post Office agreed to a mediation scheme that was to include those who had pleaded guilty. It is almost too obvious to say this, but in view of what the Post Office has been doing I have to do so: I would never have agreed to a mediation scheme that excluded people who pleaded guilty, such as my constituent, Jo Hamilton...

In the working group for the mediation scheme, the Post Office began this year to argue that the issues of concern that were identified by Second Sight should be excluded from mediation—for example, the absence or ignorance of contracts, and the failure of audits and investigations—despite its agreement with Members of Parliament that the scheme would cover the issues in the interim report.

I understand that the Post Office has been arguing in recent months at the working group stage to exclude 90% of the cases coming before the working group, despite everybody’s understanding that exclusion from mediation was to be the exception, not the rule.

Extraordinarily, the Post Office argued to exclude people who had pleaded guilty, despite its express agreement to the contrary with me and other right hon. and hon. Members, and despite the fact that it knew that we would not have agreed to a mediation scheme otherwise."

In the same debate Arbuthnot called the Post Office's behaviour "duplicitous." The same duplicity is apparent in Vennells' evidence to the BEIS Select Committee. First she says:

"We... spent a great deal of time investigating the non-criminal historical complaints relating to Horizon... and hoped that these could be resolved through the Scheme. Criminal cases were referred to the Criminal Cases Review Commission (“CCRC”)."

Not in 2013, they weren't, they were accepted onto the scheme. Later in her letter Vennells says:

"In March 2015, Post Office took the decision to end the Complaints Review... and to push all cases in the Scheme through to mediation, apart from where there had been a conviction: in those cases, Post Office took the view that the CCRC was the correct route, indeed the only possible legal route."

Again, no explanation of how or why the Post Office, so keen to get to the bottom of things in 2013, had spent 2014 trying to argue Second Sight were out of scope, applicants who pleaded guilty should be excluded from the scheme and in 2015 binned off any Subpostmaster with a conviction, whichever way they had pleaded.

Part 2 deals with the other individuals involved in this.

This blog is entirely funded by donation. You can donate any amount through the secure payment portal I have set up for this purpose (click here for more info or to donate).

If you contribute £20 or more you will be added to the secret email list. This alerts you to the latest developments on this story before they happen, as well as links to new articles and stories, whether posted here on this blog or elsewhere. Thank you for your support.
at July 04, 2020
Email ThisBlogThis!Share to TwitterShare to FacebookShare to Pinterest
Newer Post Older Post Home