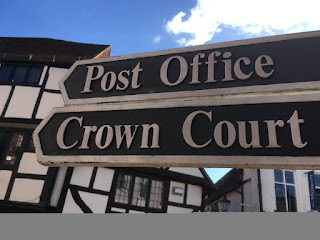 The Post Office has launched its Historical Shortfall Scheme for "current and former postmasters who believe they have experienced shortfalls related to previous versions of its computer system Horizon."

The Post Office press release fails to mention that the scheme is not open to claimants who were part the recent High Court litigation, despite being prompted by it.


“We are resolving past events fairly where we got things wrong. The launch of this scheme is an important milestone that demonstrates a more open and transparent relationship with postmasters and offers redress for those who may have experienced shortfalls related to previous versions of the computer system Horizon.”

The press release goes on to state:


"this is a Post Office scheme - [but] all claims will be assessed by an independent advisory panel... A dispute resolution procedure is available for applicants not satisfied with the assessment outcome, providing further review stages and independent mediation.

The independent mediation provider will be Wandsworth Mediation Service, a charitable community mediation service chaired by Stephen Ruttle QC who co-mediated the resolution of the group litigation."

There's more information here. It seems legit, but then so did the complaint and mediation scheme launched in August 2013 which was later described by MPs as a "sham". There's nothing to stop this scheme being a sham either.

The Post Office says the scheme has been set up in "good faith", a concept it was until recently (as Lord Coulson noted in his now famous Paragraph 11) explicitly denying it had to show its Subpostmasters in any circumstance.

I suspect this scheme has been set up to forestall or mitigate an avalanche of legal claims from Subpostmasters who weren't claimants in the recent group litigation. Given the Post Office is reviewing the 500 criminal convictions it pulled off over the first 15 years of this century, you wonder just how many hundreds, or even thousands of Postmasters have faced unlawful demands for cash (see the ruling on Common Issue 8) based on Horizon discrepancies.

If enough people take it up, this Historical Shortfall Scheme could save the Post Office a lot of money.

The Criminal Cases Review Commission has written to the 39 applicants whose cases have been referred to the Court of Appeal, telling them their Statement of Reasons should be with them by the end of May.

The statement of reasons is an important document as it lays out exactly why the CCRC thinks each applicant should be referred.

Right now, all we know is that the CCRC commissioners thought the Post Office's prosecution frenzy between 1999 and 2014 was an "abuse of process."

The statement of reasons will flesh out exactly what that "abuse of process" is believed to be, and its contents will be of particular interest to the law firm Peters and Peters who have been engaged by the Post Office to look at the further five hundred prosecutions outside of the 61 which are/were being reviewed by the CCRC. The Post Office has already said it is taking into account the CCRC's statements with regard to any action it might pursue over the Peters and Peters review.

I have also been contacted by a claimant in the group litigation who only applied to the CCRC after the settlement was announced in December last year. He has received a letter telling him the CCRC's commissioners are aiming to meet at the end of May to discuss his case, which suggests a further round of referrals to the Court of Appeal may be coming through before long.

The law firm Hudgells appears to have struck a deal with the Justice for Subpostmasters' Alliance.  Hudgells were very quick out of the blocks in seeking to represent Subpostmasters who feel they have been unfairly prosecuted, and the firm's MD Neil Hudgell has already put up a useful blog post noting his concerns about the Post Office's Historical Shortfall Scheme.

Hudgells relationship with the JFSA was revealed by JFSA founder Alan Bates, who, in a circular to members, said:


"Under the terms of the December 2019 Settlement Agreement the JFSA and Freeths [the solicitors who represented the JFSA at the High Court] are legally restrained from organising and taking a further Group Action and legal claims against Post Office Limited.

However that restraint does not extend to assisting those who were criminally prosecuted by Post Office, in particular helping them to determine whether their convictions might be overturned. To that end, and with the assistance of Freeths, the JFSA is supporting these cases being taken forward by Hudgells solicitors, the firm that the MP Karl Turner has discussed a number of these cases with."

I've spoken to Neil Hudgell, the firm's MD, a couple of times. He seems like a switched-on cookie, with a good understanding of the issues at stake, though please don't take that as a recommendation. Other law firms are available. It's interesting, though, that Hudgells are the firm Freeths and the JFSA are choosing to work with on this issue.