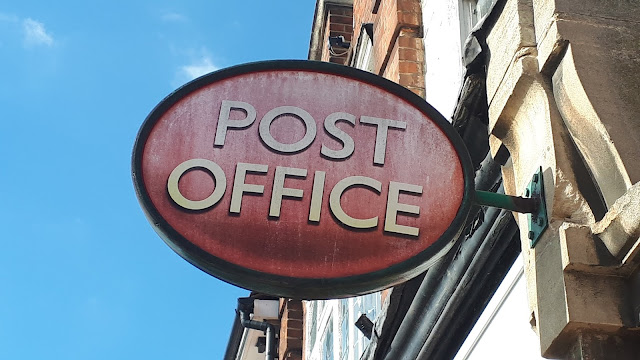 The total amount of compensation being claimed by 2,200 applicants to the Post Office's Historical Shortfall Scheme has been revealed as £311m. It was this figure which prompted the CEO of the Post Office to say in April this year that "The Post Office simply does not have the financial resources to provide meaningful compensation."

The Historical Shortfall Scheme was set up as a condition of the Bates v Post Office settlement agreement. It is not open to claimants in Bates v Post Office, nor is it open to those Postmasters who have or had criminal convictions. The application window was only open from May to August 2020. By 2021 the Post Office had confirmed to parliament the final number of claimants accepted onto the scheme was 2,400, which means the final compensation bill could be commensurately higher.

The £311m figure came to light in a BEIS (the government's business department) Partner Organisation Risk Analysis document from 2020, uncovered thanks to the tireless work of Eleanor Shaikh. It is now published here. The document also reveals that when announcing the scheme, the Post Office had privately budgeted £35m to cover it. The £311m figure appears to have been a complete surprise. Assessing the sum of claims, the document states: "There is a risk that this would impact POL's ability to operate as a going concern."

It also suggests the Post Office board still, by 2020, had absolutely no idea what the organisation it was running had been up to over the previous two decades. To get its estimates wrong by a factor of nine suggests the board is either still not being given correct information by its own departments, or the Post Office has not kept proper records. Either reason points to worrying levels of incompetence.

The government has since stepped in to underwrite the Historical Shortfall Scheme.

The same document bundle just published by BEIS on the back of Ms Shaikh's request also notes that due to a significant downturn in volumes, the Post Office's operating profit in 2020/2021 is likely to drop from an estimate of £90m to £10m. The Post Office's exposure to litigation has also been moved up from Medium/Possible to High/Possible.

Given how many now-unconvicted Subpostmasters are in the process of preparing to sue the Post Office for blighting their lives, I would suggest the risk is now High/Probable, rather than High/Possible.

Who is responsible for this mess?

The initial failure lies in a business model which unfairly loaded the Post Office's technical and process risk onto powerless individual Subpostmasters, and then improperly used the criminal courts as a weapon of enforcement and menace. None of the people responsible for this strategy have been required to account for their actions.

There was also a significant moment in 2013 when the Post Office board, having set up the Complaint and Mediation Scheme, turned it into a legalistic war of attrition, in a manner described in Parliament a year later as "duplicitous."

We don't know who specifically is responsible for this. It coincided with the arrival of an "interim" General Counsel at the Post Office, Chris Aujard, who left just before the Complaint and Mediation Scheme was wound up.

Whether he was instructed to run the scheme in the way he did, or whether he came up with the strategy is immaterial. The Post Office board signed it off, with Paula Vennells - chief executive at the time - ultimately responsible. Between 2013 and 2019, the Post Office did what it could to delay justice to the original group of complainants. This strategy failed miserably and incurred tens of millions of pounds in compensation and costs.

The precious hunt for profitability Vennells and her board were focused on between 2012 and 2019 has been more than cancelled out by the hundreds of millions of pounds in compensation the Post Office is now going to have to hand over via its Historical Shortfall Scheme, and, if the claimants are successful, the malicious prosecution claims.

It takes quite a special bunch of people to roll out a massive IT network which doesn't work, unfairly prosecute dozens, possibly hundreds of people in the criminal courts, cleave blindly to a ruinous litigation strategy, and then flounder about in a morass of compensation and further litigation without anyone facing any censure whatsoever. In fact, most of the people involved earned very significant sums whilst creating one of the biggest corporate disasters in modern history. Well done, everyone.

If you are interested in this story, I would be most grateful if you would buy a pre-sale copy of my forthcoming book, The Great Post Office Scandal: the fight to expose a multimillion pound IT disaster which put innocent people in jail, which will be published by Bath Publishing in October 2021. For more information, please click here.