NFSP crawls out from under its rock 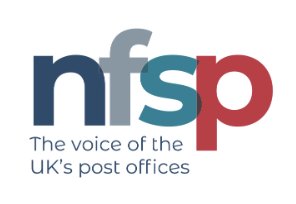 Comedy clown car Subpostmaster representative organisation, the National Federation of Subpostmasters, has finally, in a statement to its members, said it thinks Horizon isn't all that.

The NFSP is wholly complicit in the Horizon scandal. It threw its own members under a bus, as policy, in order to protect the Post Office brand. And now, in a cynical and desperate move, it has turned on the Post Office in order to justify its existence.

I have tried, throughout my interest in this story, to be as objective and fair as possible to all parties. It is difficult to ignore things which are both obvious and happening before your eyes, but you need to ask if there might be one or more less obvious, alternative explanations. With or without hard evidence (which I have been lucky enough to stumble across over the last nine years), you still need to contextualise, provide balance, ask questions and seek answers.

I firmly believe that as a result of this litigation, and the judge's conclusions, those Subpostmasters who are on the take are likely to find thieving from the Post Office so much easier than before.

But because the Post Office assumed guilt in innocent people, went after them until they were utterly crushed, it has completely ****ed up its entire business model.

The Post Office is now in a situation whereby it is having to pay compensation to innocent people yet has no clear way of stopping criminal Subpostmasters (of the 9,000-odd out there - there might be a few) defrauding the system.

The chickens are coming home to roost.

I will give credit to the Post Office. It did bad things, it sent threatening legal letters to journalists trying to hold it to account, but it was only ever trying to protect its own (ultimately indefensible) position.

But the NFSP... this is an organisation which supposedly exists purely to help Subpostmasters.

The NFSP should have been looking out for its members from the off, but didn't. I wrote about this before the first trial judgment.

That judgment utterly destroyed the NFSP's credibility. And now the NFSP comes crawling towards the moral high ground like some sort of rotting, zombified Uriah Heep, wringing its hands and bleating that it has been wronged.

Have a read of what the NFSP Chief Executive, Calum Greenhow, had to say in a circular sent to members yesterday:


"The NFSP has taken the time since Monday to read and reflect on the judgment, how it relates to the first ‘Common Issues’ trial judgment (delivered in March 2019), and what the implications are for the network and the Post Office.

"The Post Office prides itself as being the most trusted brand on the High Street. The verdicts issued by Justice Fraser challenge that perception....The NFSP is therefore extremely disappointed by the Post Office's behaviour in light of the verdict that the Horizon system was not fit for purpose until very recently.

"By implication of this verdict, the Post Office has misled the NFSP for years about the reliability of the Horizon system."

The NFSP has been "misled" by the Post Office. For years. And the NFSP went along with it?

On 3 Feb 2015, the NFSP's then General Secretary George Thomson told MPs during a select committee inquiry without offering any evidence:

"Over the 15 years, the Horizon system has been fantastically robust." and Horizon had been "a very strong system from day one."

On the subject of IT errors, Thomson dismissed them, saying: "Sub-postmasters sometimes think that the problem has to be the Horizon system when in effect it was mistakes by members of staff or misappropriation."

and re the Post Office: "on Horizon, it has done nothing wrong."

This is not an organisation passively accepting the Post Office line. It is actively promoting a lie.

Take a look at the branch circular issued by the NFSP immediately after the August 2015 Panorama programme.

The NFSP states categorically to its members:


"the NFSP has not received calls from subpostmasters querying Horizon and alleging systemic failings. If there were a widespread problem, our subpostmasters would have made us aware of it. As a result we have no choice but to conclude that Horizon is a fundamentally sound and safe system." [my italics]

Not a single call from a Subpostmaster querying Horizon? Really?!

Not only was the NFSP failing to do anything - whilst presenting itself to MPs as an independent and objective organisation it was actively working against the interests of some of its most isolated and desperate members.

And the Post Office was quick to attempt to use this to its advantage in court. As Mr Justice Fraser says in the first trial judgment:


"the NFSP has publicly supported the Post Office’s view that Horizon is robust. The Post Office therefore relies upon this support by the NFSP to support its stance in this litigation."


"As outlined by Justice Fraser, the NFSP raised concerns to the Post Office about problems our members have experienced with the system; repeatedly we were told that the system was robust, and that user error is the primary cause of problems."

There is evidence (which the Post Office tried to bury) that the NFSP had raised concerns about Horizon (despite the NFSP telling MPs and its members there were no concerns).

And in the above paragraph the NFSP tells its members it believed the Post Office. Because....?

The NFSP Chief Executive goes on:


"Clearly, a significant amount of work will be required to get the relationship between the Post Office and the network back on an even keel – and the NFSP will play a central role in this. You have my word that we will do everything possible to ensure a situation like this never happens again."

A central role? Everything possible? This is the NFSP, which a High Court judge ruled has "put its own interests and the funding of its future above the interests of its members" and "is not an organisation independent of the Post Office."

It's cretinous. And would be laughable were so many lives not ruined as a result of the NFSP's inaction.

The final paragraph of Mr Greenhow's circular demonstrates the paucity of the NFSP's scope as he states:


"any current or former Subpostmasters who believe they have been held responsible for losses within their post office business that were no fault of their own should contact NBSC on 03333 455567 or at ComplexCaseTeam@postoffice.co.uk to raise the issue."

Way back in 2013 I had a conversation with a Private Eye journalist about the IT cock-up stories the Eye had covered throughout the 00s. I told him I was having difficulty trying to find whistleblowers who had worked with the Horizon system, and asked if he had been in touch with anyone from any other IT companies who had blown the whistle on what had gone wrong in the NHS, MOD or wherever.

The Eye hack said no - information had always come from the unions. The unions are the whistleblowers who act as a proxy for their individual members. They go to the media when it's obvious something bad is happening.

The NFSP, by contrast, has never publicly criticised or publicly raised questions about the Horizon system. It has, in fact, until yesterday, done the complete opposite

As a result, some of its members have been unnecessarily suspended, sacked, prosecuted, criminalised, mentally broken and financially ruined.

This scandal could have been avoided if the NFSP had listened to its Subpostmasters, rather than take assurances from the Post Office that there was nothing to see, or worry about.

I hope the NFSP execs reading this can sleep at night. They sold you a lie, lads. And you bought it. And you peddled it for them.

*************************
If you have enjoyed reading the content on this website, I would be grateful if you could chuck a few quid in the tip jar below. Contributors who give £20 or more get regular "secret" emails which have all the info and gossip about this litigation and its wider repercussions. Click here to see how and where your money is being spent.