Disquiet and anger as final payments for claimants land 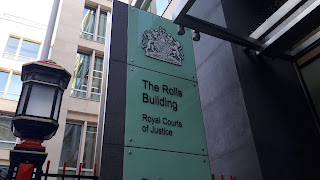 Over the last week final payments from the settlement reached in the Bates v Post Office group litigation began to land in the 555 claimants' accounts.

Some were delighted: "Still trying to process. Thank you!" said one claimant who got nearly £40,000.

Others weren't so happy. One former Subpostmaster who got £23,000 told me:


"the actual amount I have received does not even cover the debt I am still paying off... like everyone else I feel it is a bitter pill to swallow, better than nothing but less than 2.5 percent of my losses..."

Nicki Arch, who suffered for nearly twenty years after being prosecuted for theft, tweeted:

The compensation payments date back to a settlement to the litigation announced on 11 Dec 2019 after nearly two weeks of mediation, alongside an apology from the Post Office for past mistakes. It was a confidential agreement, which the Post Office broke in less than an hour to reveal the total sum payable to claimants would be £57.75m.

The relative paucity of this settlement, and the glee with which the Post Office revealed it led to a piece I wrote the same day asking who the winner in this litigation actually was. I guesstimated that of the £58m pot the claimants could see as little as £26m, an average of £46,846 each.

At the time there was joy and satisfaction. One claimant wrote:


"This is the best news I have ever heard. Still in disbelief that they would actually acknowledge let alone apologise for their behaviour."

"This has just given me the biggest lift!!!" emailed another.

But one expert saw it differently. "I hope to Christ that figure is wrong," he said. And another claimant put it into perspective:


"This is nothing but a great win for the Post Office. My losses alone came to £200,000. This compensation will not cover the fraudulent claims that the Post Office took from me. I am 75 and still work to live and pay my mortgage. There will be no celebrating this decision."

Since December, Freeths, the claimants solicitors, have been calculating the sums due to each individual. The exercise appears to have been complex, and given it took four months, lengthy.

I have been forwarded the seven page rationale sent to each claimant by Freeths. Titled "Post Office Group Litigation: Methodology Underpinning Preparation of the Claim Proceeds Account", it states:


"This document provides further detail on the methodology that the legal team, together with their Steering Committee [on which Alan Bates and Kay Linnell sit], have followed to prepare the Claim Proceeds Account and to calculate each Claimant’s proportionate share of the available settlement monies."

Shortfalls, Loss of Appointment, Loss of Earnings during suspension, Contractual Notice Losses, Handicap on the open labour market, Stigma/Reputational Damage, Personal Injury, Bankruptcy expenses, Harassment, Legal Fees for civil proceedings, Legal Fees incurred, Professional fees, Staff redundancy costs (for Subpostmasters who were terminated or forced to resign), Loss of value in the business premises, Loss of residential home (for example, where repossessed, Loss of value in any other personal/tangible property.

However, the methodology document was not accompanied by any working out. No claimant, as far as I am aware, has received a breakdown of how their individual total was calculated.

The mystery as to how the methodology was applied to each claimant, and the wildly disparate payments have caused anger and confusion. One claimant who wasn't even suspended received tens of thousands in compensation. Janet Skinner, who went to prison, received £8,500.

Another who suffered appallingly wrote:


"After speaking to other claimants I realised that there is not much difference in the payments ie claimants with lesser losses also had a similar payment.  I am not happy. And as a group we need to know the breakdown of the payments to all claimants."

This anger appears to have caught both Freeths and the JFSA on the back foot. Some claimants believe the money from the settlement should have been shared equally, matching the one for all and all for one mentality which typified the claimants' mindset at the outset. Others want to sue Freeths and the JFSA. Some are wondering if the the apportioning exercise was influenced by those who stood to get the most from the way it was eventually designed. Where there is a lack of transparency, there is suspicion.

Alan Bates, founder of the Justice for Subpostmasters Alliance, moved to address claimants' concerns on Friday.

"we know, many of you are disappointed with what you have received." he said "But hopefully by now you are clearer on why the available sums are at the level which they are."

He went on to suggest a legal claim against Freeths or the JFSA to recover more money would be "a complete waste of time and money and would go nowhere."

Nonetheless Freeths have actually held back some of the final settlement to cover ongoing litigation-related costs including "any legal challenge which is being considered against the apportionment."

Mr Bates says he is not in a position to offer legal advice about the wisdom of any claimants doing this, but noted:


"Don’t forget you saw the terms of the group action before you signed up to it, and if you attempt to challenge it, all you are doing is spending more money with lawyers instead of giving it to claimants. But it is your decision."

Rather than argue the toss about the apportionment, Alan Bates now has his eyes on a bigger prize. We know £46m of the £58m settlement went in legal fees and success fees. Mr Bates feels this £46m should be covered by the government:


"it would seem on average that every single person who took part in this action has been penalised £85,000 for having dared to expose the lies and cover up by Post Office in court. An action we had to take because BIS, then BEIS or in other words Government, failed to do its statutory duty."

The wording of this is very interesting. If the government has failed in a "statutory duty" it is laying itself open to possible legal action. Up till now ministers and mandarins alike have made it very clear the government has no intention of covering the claimants' legal fees. I wonder if there is another legal fight brewing and wouldn't be surprised if Alan Bates finds himself in the High Court once more - this time taking on HMG. We'll see.

Since publishing this piece I have received quite a bit of correspondence. One conversation was very worrying - a claimant who sounded right on the edge. He admitted to me that the sum he had received had knocked his self-esteem and mental health right back, just when he thought he was beginning to turn the corner. He sounded broken and I felt desperately sorry for him. It's easy to forget that so many people have suffered very dark moments through their experience with the Post Office, and a sum of money, landing with finality and deemed to be a dispassionate reckoning of damage done, might be a triggering experience.

One Subpostmaster wrote to me, saying:


"Speaking for myself, and having largely given up the ghost anyway, I was very pleased with my apportionment. Having regard to those poor devils who have suffered so much, I completely understand their anguish, sense of disappointment and frustration. They have, for it is worth, my complete sympathy."


"We are not comfortable with all the criticism that is going on at the moment, with out Alan, Kay [Linell, advisor to the JFSA], and Freeths we would have not even received an apology from the Post Office. We will always be so grateful for that. Yes we are all down on money but come on guys did we ever really think we were going to get anything at all."

And a final email which read:


"I hear the cries of those upset at the settlement values but had Alan not put his head above the parapet, had Freeths legal team not given their all, had Judge Fraser given in to all the B****S spouted by Paula Vennells and her Mafia friends the payout would be ZERO. We won and have the law on our side, so we can fight another day without having to prove anything. The Post Office have been seen for what they are: bullies with no regard for its employees or working partners. My losses are north of £700,000 and my payout near zero but I can hold my head up once again knowing that my penniless retirement was not my fault."